Baylor University’s Board of Regents on Thursday announced sweeping changes in how the Texas institution and its athletic program will be run, including the removal of Kenneth W. Starr as president and the firing of the head football coach, Art Briles.The overhaul is the result of damning findings that acknowledged the Baptist university’s failures to respond properly to numerous reports of sexual assault over three academic years on the Waco campus, especially those involving its powerhouse football team. The board’ssummary of findings by investigators from the law firm Pepper Hamilton LLC concluded that the university’s processes for dealing with such complaints were “wholly inadequate” and that high-level administrators and athletics-staff members had “directly discouraged” students from reporting assaults and, in one case, retaliated against a student who reported an incident.

“We were horrified by the extent of these acts of sexual violence on our campus,” Richard Willis, chair of the board, said in a written statement. “This investigation revealed the university’s mishandling of reports in what should have been a supportive, responsive, and caring environment for students.”

In addition to the personnel changes, the regents enacted a number of new practices and policies meant not only to better respond to reports of sexual violence, but also to maintain more oversight of the athletics department.

“Things like this should have already been in place.”

But the upheaval presents serious challenges for the institution and its leadership.”Any changes by Baylor optically look good, but the devil is in the details,” said B. David Ridpath, an associate professor of sports administration at Ohio University. “Things like this should have already been in place.”

It’s rare for a college’s president to be dismissed for the institution’s failures under the federal gender-equity law known as Title IX. Mr. Starr’s demotion was all the more surprising because he has been credited with significantly raising Baylor’s profile since taking office, in 2010, and he is held in high regard by many faculty members and alumni. His reputation has also been bolstered by his experience as a former federal judge, solicitor general of the United States, and the independent counsel who led a lengthy investigation of President Bill Clinton.

But the pressure on Baylor had been building for months, and Mr. Starr’s demotion was foreshadowed by several news reports this week suggesting that he had been fired.

Under the terms of a proposed agreement, Mr. Starr will retain his title as chancellor of the university — a role that regents described as focused on fund raising. He is also expected to remain a tenured member of the law-school faculty and earn the full base salary that he is currently paid. Baylor’s 2014 report to the IRS lists that amount as $611,654.

Ian McCaw, the university’s athletics director, has been put on probation and is being sanctioned, though the regents declined to provide further details of that action when they spoke with reporters during a conference call on Thursday.Mr. Briles, the football coach, has been “suspended indefinitely with intent to terminate according to contractual procedures,” according to a news release on Baylor’s website, and “additional members of the administration and athletics department have also been dismissed.” The university is not identifying those people or positions publicly.

The challenge for the new leader will be to “refocus the institution on its core purposes and values,” said William E. (Brit) Kirwan, a former chancellor of the University System of Maryland. And that will have to include placing athletics in a proper context within the university, said Mr. Kirwan, who is now a co-chairman of the Knight Commission on Intercollegiate Athletics.

“Athletics will have to take a back seat and play a more appropriate role in the life of the institution,” he said.

While the university’s football team has risen from being a woeful underdog to a force in the Big 12 Conference and a fixture among the nation’s top teams, a series of sexual-assault cases cast a cloud over the team and its head coach. 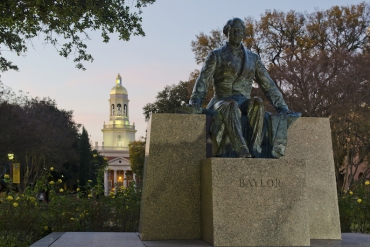 A sexual-assault controversy has led the university to demote its president and take action against members of its athletics staff. Here’s how it happened, and what might come next.

The investigation by Pepper Hamilton found: “In certain instances, including reports of a sexual assault by multiple football players, athletics and football personnel affirmatively chose not to report sexual violence and dating violence to an appropriate administrator outside of athletics.”Some measures enacted by the regents are aimed at putting the athletics department on a shorter leash. The business operations of the athletics department will now be overseen by the university’s chief operating officer, and the university will seek to ensure that athletes are not given any preferential treatment in student-conduct proceedings.

Putting the athletics department under the control of the university’s main administrators may be helpful, Mr. Ridpath said, or it may turn out to be a “paper drill.”

A lot will depend on how much leverage alumni and donors to the athletics program exert on the new president, he said. “So many, including presidents, are not willing to take on that fight, and situations like this are allowed to happen and fester,” Mr. Ridpath said.

In all, however, the measures mark what some legal and higher-education experts described as an exceptional response to one of higher education’s most vexing issues.

In particular, it’s unusual for a university to publicly release findings regarding sexual assault that make it clear the institution violated federal law — particularly when the institution, like Baylor, was not under federal investigation. After all, the ultimate penalty for violating Title IX is the loss of all federal funds.

But Baylor’s actions represent an attempt to keep nothing hidden. In a 13-page document called “Findings of Fact,” the Board of Regents said the Pepper Hamilton investigation found that Baylor had failed in a multitude of ways, including a failure “to prioritize, recognize, implement, and resource Title IX.”

The language used in the Baylor release sounds very much like what the U.S. Education Department’s Office for Civil Rights uses in its own findings when investigating universities’ compliance with Title IX. In fact, a division of Pepper Hamilton specializes in helping universities both respond to investigations by the federal government and reform their policies surrounding Title IX in order to meet federal guidelines.

But while investigations by the federal office, known as OCR, frequently take years to complete, Pepper Hamilton’s review of Baylor took just around nine months.

“This looks like a pre-emptive strike, which any good defense attorney would make. This way they get more control.”

While the university’s level of disclosure seems to put the institution at more risk, putting all of its problems on the table now could also help it minimize the impact of any later federal investigation.”This looks like a pre-emptive strike, which any good defense attorney would make,” said Djuna Perkins, a trial lawyer in Massachusetts who is hired by colleges to investigate sexual-assault cases. “This way they get more control.”

By announcing the university’s intentions to overhaul its response to sexual-assault reports — things the federal government no doubt would require following any investigation — Baylor gets to make those changes on its own terms, Ms. Perkins said.

Peter F. Lake, an expert on Title IX and a professor at the Stetson University College of Law, said universities gradually are realizing that transparency is important when it comes to how they’ve handled sexual-misconduct cases. “This is no time for wallpapering or whitewashing of any kind,” he said. “External investigators must be keenly aware of the reality that the stakes are rising, and institutions without sincere, voluntary compliance efforts are at risk.”

The Education Department’s Office for Civil Rights said Baylor’s actions were a positive step. “We are grateful when any school evaluates its civil-rights compliance and takes necessary corrective steps — those are key elements in ensuring all students’ civil rights are met,” Dorie Nolt, a department spokeswoman, said in a statement on Thursday evening.

But the measures don’t preclude a federal investigation, she continued. “The department will not hesitate to investigate if necessary,” she said, “and if we receive a complaint within our jurisdiction.”

Eric Kelderman writes about money and accountability in higher education, including such areas as state policy, accreditation, and legal affairs. You can find him on Twitter @etkeld, or email him at eric.kelderman@chronicle.com.

Robin Wilson writes about campus culture, including sexual assault and sexual harassment. Contact her at robin.wilson@chronicle.com.

This article is part of: